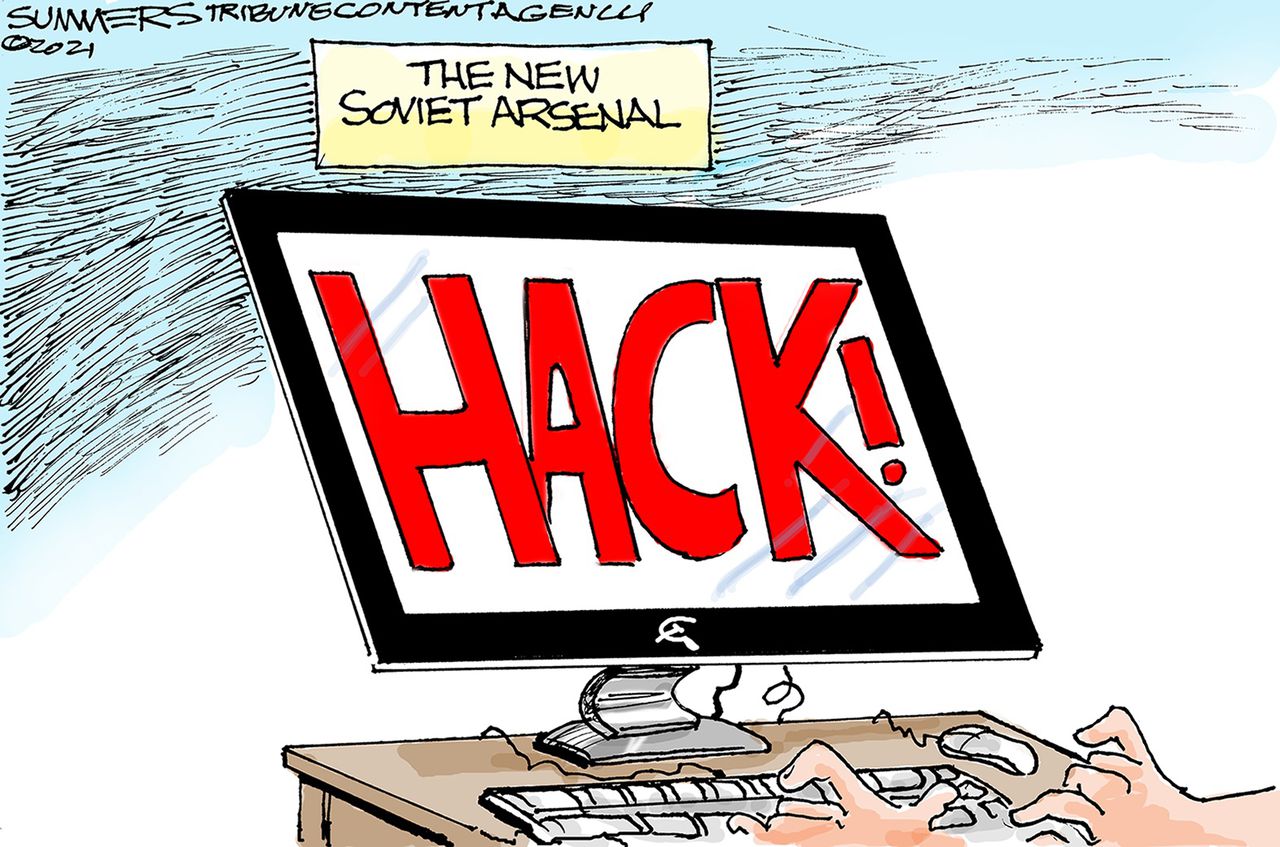 Editorial cartoonists this week focused on a ransomware attack attributed to Russia that shut down production at global beef producer JBS. The cyberattack came weeks after Russian hackers disrupted Colonial Pipeline operations, creating a run on gasoline in parts of the U.S.

Dana Summers of Tribune Content Agency called hacking “the new Soviet arsenal,” harkening back to Cold War nuclear concerns. Walt Handelsman of the Times-Picayune and The Advocate of New Orleans drew a “hacker” and sickle, a visual echo of the Soviet Union’s hammer and sickle imagery.

Another popular topic was concern over the state of U.S. democracy, as state legislatures passed laws limiting voting, Congress rejected a commission to investigate the Jan. 6 Capitol insurrection, and former President Donald Trump claimed he would be “reinstated” by August.

The Washington Post and BuzzFeed News, through Freedom of Information Act requests, obtained thousands of emails from Dr. Anthony Fauci, the nation’s chief infectious disease expert. Fauci’s critics seized on his shifting advice on whether people should wear masks to protect themselves and others from Covid-19. The New York Post also reported: “The emails show that Fauci was warned early in the outbreak that the coronavirus had possibly been ‘engineered.’ Still, he and other experts dismissed the controversial claim at the time.”

Other topics in this week’s cartoons include commemorations of the 100th anniversary of the 1921 Tulsa race massacre; negotiations between Republicans and President Joe Biden over the size of an infrastructure bill; and tennis star Naomi Osaka’s withdrawal from the French Open after she declined to participate in post-match news conferences to safeguard her mental health.